Destination Salvador, capital of the state of Bahia.
The 24-hour bus travel came to an end. The night was about to be spent in Olivença. south of Salvador.

The sun was now low at the horizon, almost time for the sunset of the day. Fifteen minutes later the bus halted, finally, in the village Olivença, less than twenty kilometers south of the larger and more popular beach resort Ilhéus. It had been decided to spend the night here, and to sleep in the parked bus. The travelers left the bus instantly, and hurried to the beach. The beach seemed almost deserted, at this late hour. Some travelers dared to enter the cool ocean water bare feet; even one of them had changed her clothes for her bikini and dived in the darkened ocean, amidst the dark waves covered with grayish white foam. Now the travelers except me had left the bus, I had now the opportunity to download the images of the memory cards into my laptop. It was better and safer that only a few persons are aware that I carry my laptop with me. Fifteen minutes later I finished the downloads, and switched of the machine. I them joined the group, who had discovered a bar close to the beach. Carol seemed a bit worried about my absence; she expressed her relief and joy when I joined her and Igor. The local bartender must have been very surprised when he saw this motley crew crowding his bar, immediately demanding and consuming many bottles of beer. For him this extra business was heaven-sent, very late in the afternoon…. 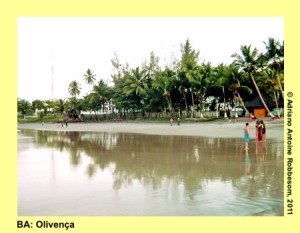 Night had fallen quickly, only a short time of sunset. Soon the beach and ocean were absorbed by the darkness. Together with some other daredevils I entered the cold water bare feet, with turned-up pants. The water felt fresh and cold around my feet, which had been tortured and even trapped at some times during the 22-hour bus travel. My reputation of making many pictures was generally known now; many times I received the request to take pictures of them, alone or in little groups. For me it was a real joy to picture these photogenic and enthusiastic people! I must disappoint the readers, I will not publish any picture of the people in this weblog, respecting of their privacy. Instead, I will publish some pictures of the landscape and scenery, which is interesting enough. 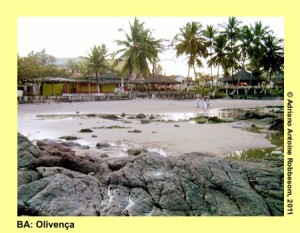 Now it had been decided to spend the night in the parked bus, close to the shore, some of our group was not really enthusiastic about this crazy idea. It is not really safe to sleep in a parked vehicle; you’ll never know whether a gang of criminals would discover this easy opportunity. Carol and Igor talked with the bartender, who knew a nice location. A desolated house, at walking distance from the beach. For only five reais per person (about 2 euro!) one could enjoy a hot shower and a comfortable mattress. In this house there was room for fifteen of us. Carol immediately scribbled my name on the list of the fifteen lucky persons. And more of our tiny group was written down on this list. All others would spend the night inside the bus or in the tents they carried with them. One bus driver would guard at night, as a kind of a night watch. Our group of fifteen was formed, and would spend more time together in Salvador. A start was made by spending this night together inside the empty house. 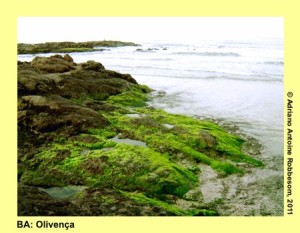 We walked to the house, carrying our entire luggage with us. The house had only one floor, but was big with some big rooms and two bathrooms. Only one of these bathrooms indeed had hot water, so we had no other choice than to wait for each other. Inside the rooms we indeed counted fifteen mattresses. One queen-size bed (‘casal’) for the married couple. The woman must have been in a cloud over the fact that three more men were sleeping around her on the mattresses. Later she joked about this to the others. Three men snoring and one who did not: I. I felt lucky that I had my earplugs with me, to protect my ears from the nightly noise. Carol slept in another room, together with five other girls. Another room was destined for the remaining five men.

One comment on “Travel in Brazil: SALVADOR (09). Sunset at Olivença Beach (BA)”