Every August-September, Expo Flora is organized in Holambra, at about 140 km from the city of São Paulo.
The first Expo Flora was held in 1981, during one weekend, and attracted about twelve thousand visitors.
In 2011, more than 300 thousand visitors were welcomed. This year (2012),  the Expo Flora will be held between 30 August and 23 September. 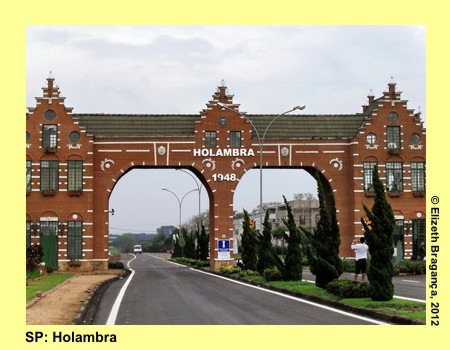 HOLAMBRA (HOlanda- AMérica-BRAsil) was founded in order to host Dutch colonists, who left their devastated homeland shortly after World War II. They soon started to cultivate flowers and plants, what now has become the largest floriculture center in Southern America, good for about forty percent of the Brazilian floral market. The Brazilian-born generation kept the Dutch tradition and proudly shows it during the Expo Flora. 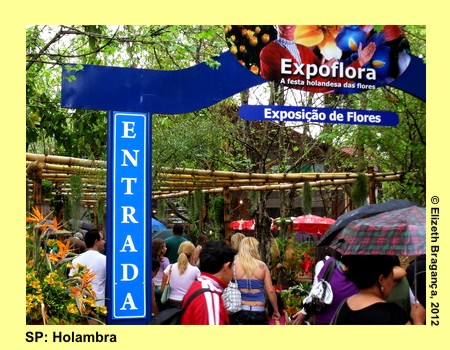 Visitors may enjoy and wonder the colorful floral exhibitions, the Dutch cuisine, traditional dances and music. Therefore, Flora Expo is the largest Dutch cultural festival in Brazil. One of the highlights of the Expo Flora is the Chuva de Pétalas: about 150 kg of rose petals (equal to 18 thousand roses) are blown over the audience. According to the tradition, whose who manage to pick at least one petal, will see his wish fulfilled. 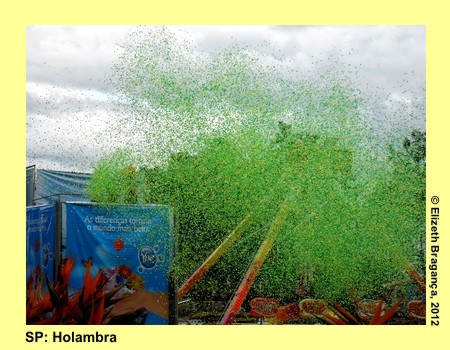