Destination Salvador, capital of the state of Bahia.
More about singer Belchior. 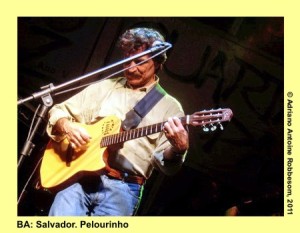 Belchior
Antônio Carlos Gomes Belchior Fontenelle Fernandes, better known as Belchior, was born in Sobral (CE) in 1946. Already in his childhood, Belchior revealed his passion for music. He was a radio programmer in Fortaleza, and was becoming more dedicated to music, when he had stopped his medicine study. 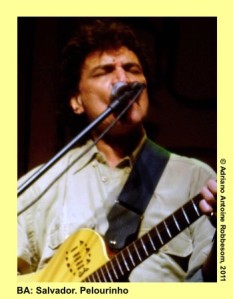 Pessoal do Ceará
Belchior joined a group of young composers and musicians; among them were Fagner, Ednardo, Roger, Tei, Cirino: they are better known as “Pessoal do Ceará”. Between 1965 and 1970Belchior regularly appeared on stage during festivals in the Northeast of Brazil. He moved to Rio de Janeiro, and then to São Paulo, where he composed music for some short movie productions. One of his compositions became one of the top songs for singer Elis Regina.