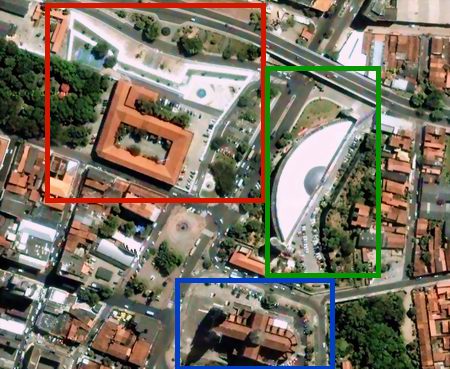 In 1630, the Dutch invasion of Northeast Brazil was started. Recife en Olinda were quickly conquered, and from there the Dutch reign was extended to the south (Bahia), north (Rio Grande do Norte) and northwest (Fortaleza and São Luís). Early 17th century, the first settlements were already founded in the region of what is now Fortaleza: Forte São Tiago was constructed in 1603 already, quickly followed by Forte São Sebastião in 1612. In 1637, the Dutch arrived in Ceará, but they were expelled by the indian tribes in 1644. Forte São Sebastião was destroyed then. In 1649, the Dutch – commanded by Mathias Beck – started the construction of Fortress Schoonenborch (also named Schoonemborch, after the Dutch governor of Pernambuco). Fortaleza grants its name and foundation to this fortress. In 1654, the Dutch were expelled definitively from entire Brazil, and the fortress was quickly renamed into Forte Nossa Senhora da Assunção. 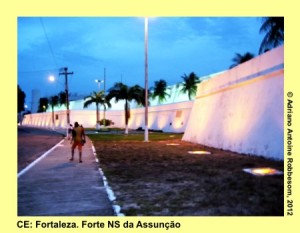 The fortification wall at the ocean side.

The fortress has undergone significant modifications during the centuries. From the ocean, the fortress is visible at a great distance, and some of the cannons are still directed towards the ocean. Since 1942, the headquarters of the 10th military region of the Brazilian army have been established. Visitation of the fortress is restricted to the open areas and a small military museum, but upon request, a more elaborate guided visit is possible. Unfortunately, my visit was limited to the outer fortification walls, due to the shortness of my stay in Fortaleza. 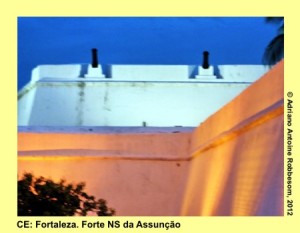 The antique cannons are still directed towards
the ocean. 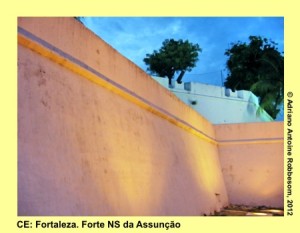 The inner and outer walls have different illumination. 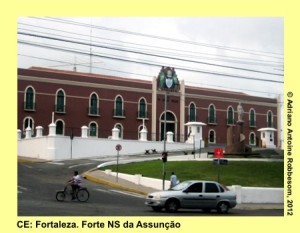 The main building of the military headquarters. 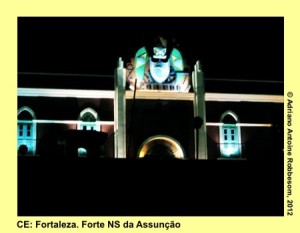 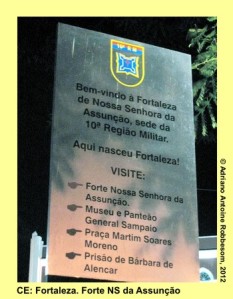 A sign board on the location where in 1649, Dutchman Mathias Beck wrote history with the construction of Fort Schoonenborch. At present, nothing is left of the Dutch period. 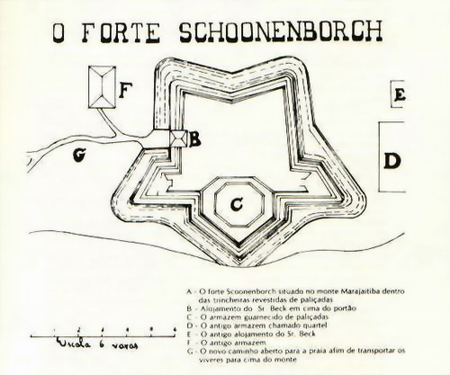 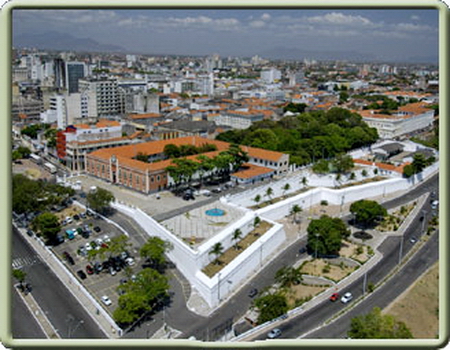 source
Aerial view of the fortress