Destination Salvador, capital of the state of Bahia.
About tomatoes, seven in a taxi, and sensual bodies at a student party. 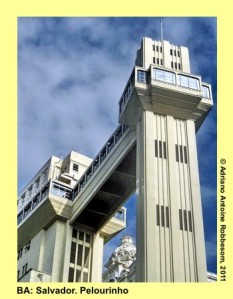 The final day in Salvador was a quite intensive day: wandering through Mercado Modelo, and through the historical district of Pelourinho. Fortunately, the acarajé bomb proved to be an excellent energy source. When we returned in Barra district, we were hungry again, and we went for a simple Prato Feito. This dish contained some rice, brown beans, some meat, some lettuce leaves and tomato slices. Slices of the king size tomato. Tomatoes that weren’t mature yet, they were light green, turning into orange. Nevertheless, they had the full taste of a tomato. This simple dish really was needed, because we would spend a lot of energy later that night… 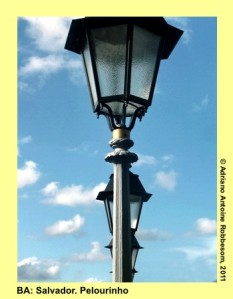 Unfortunately, I wasn’t carrying my camera that night. Friends advised me to leave my camera in the pousada. But I really wished having taken pictures that night…. You should believe the words of the rest of my story of that memorable night…. IT was about eight at night, when we stopped a taxi. six of us got into the taxi. For the price of two reais per person. Quite comfortably, we were driven to the campus, where the final party was about to start. It was as comfortable as sardines in a undersized tin can. Only then, I was really able to imagine the heartbreaking circumstances of poor sardines, who first are beheaded before they are mixed with tomato sauce and some oil. Not that I should complain too much of that taxi ride. I sat between two beautiful students and had another one on my lap. It could have been worse…. 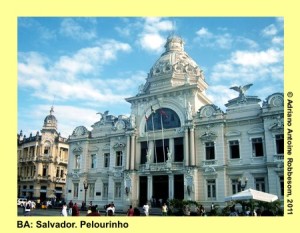 Less than fifteen minutes later, we joined the huge number of students in the faculty building. Again, there were no guards at the entrance, and again I was able to enter without a valid ticket, to spend a long night. However, long night…. it lasted until dawn. The students danced according the exciting rhythms of axé music. A kind of music that is not common in Europe. Exciting music, with exciting and provocative lyrics. Lyrics about kissing, about loving, about some body parts, including the world famous Brazilian buttocks. Axé dances were very interesting to watch, especially for Europeans. When I was confronted for the first time with axé dances, my former girlfriend and her friend were dancing some axé music. They danced very sensual, very provocative, making use of the hips and buttocks. These memories appeared again in my mind, when I noticed very attractive students making sensual dance movements. I really enjoyed the music and the movements of these students.

Theme of this night was ‘axé and carnaval1, but the carnival element, as I am familiar with, was not very visible. There were no decorations, no one was with a different outfit. But the lack of these decorative elements was totally compensated by the excitingly dancing students, students who drank a lot, students who hugged, kissed each other all night. They knew that I cam from Europe, and that we Europeans have great difficulties with Brazilian dance rhythms, but I was dragged to the dance floor. Students gave me private classes in the basics of some dances. Not one, but a few students took the opportunity to meet me, the white, blue-eyed European, and to teach some basics of Brazilian dances. Such dances were very sensual; many might remember the intimate scenes of ‘Dirty Dancing’ or ‘Lambada’. However… There are more dances in which bodies are tightly attached to each other, with the legs apparently intermingled with each other. One example is the forró dance. For me it is a quite complicated dance, because of the high, different rhythm and many movements. Hopefully, I will manage to be able to dance in some time, but a lot of practice is needed….

That night, a carioca (inhabitant of Rio de Janeiro) challenged me for a drinking competition. He lost greatly, since he wasn’t aware that I was fooling him. I pretended to drink the very strong cachaça (gin made of manioc), but I didn’t allow even one drop of alcohol enter my throat. But he drank. Too much even. Some weeks later, when I met again some of my friends of this travel, this moment was told again. Three students still remembered very well, and they still were joking very much about the poor carioca, who tried to fool me. These girls assured me that this Mister Carioca still didn’t know how it was possible that I had beaten him. Probably, he might have thought many times about what he had done wrong that night. How he could lose from a gringo even…. At another occasion, he repeated his joke with Igor, one of my friends. Igor was not that smart to prevent drinking the cachaça. He already had drunk some wine before, and then entered the joke of drinking bier and whiskey (how could you ever imagine this combination!). He almost literally went knock-out.  He stumbled, turned, spoke with difficulties, and was suffering a terrible hangover for two days. I was lucky to have avoided that… 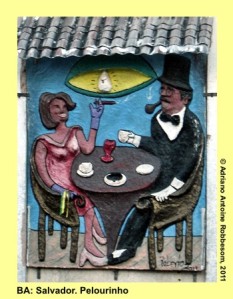 The night went along, it was already beyond midnight, but the party wasn’t over yet. One student told me that she wanted to stay for the highlight of that night: the so-called arrastão. At that time, I didn’t know what she was talking about, it was new to me. He explained me, and soon I got an idea of what was about to happen. The party goers had their leader, the ‘rei’ (king). He wore some kind of diadem that night.  He already is the ‘rei’ for more than fifteen years. He must already have been in his forties, even older than me. He was a tall black man, wearing glasses on his straight nose. The rei would decide when the arrastão should begin. Often early at dawn. That night, it became very late, only at five am. Flaviana, a beautiful dark student, was ready to take part of it. She was very tired, she was very sleepy, but she already was excited about what was about to happen in the next moments…