Experiences of a Dutchman living in Belo Horizonte, since December 2004, from month to month.
MARCH 2007: A camera, bought at a parallel market, was tested in three parks in Belo Horizonte.

Last January, my digital camera stopped working. I had bought it two years earlier, in the Netherlands, just before my move to Brazil. I had to wait tow months before I had collected the money to buy a new camera. I had time enough to think of the brand and type of the new camera: I changed from brand, from Sony to Canon. For some years, I have an analogue Canon camera, which quality satisfied me very much. I was looking around in various shops in Belo Horizonte. In stores specialized in photography and photo equipment, in stores inside the big shopping malls, in barracks of the parallel market. Without doubt, cameras are much cheaper at the parallel market. I compared the brands, the types, the lenses, the magnifications (physical and virtual), the prices. I had doubted some time, until I decided to buy the new camera at the parallel market.

The term ‘parallel market’ sounds somewhat illegal. It is not a black market, in which rules and taxes are being evaded. It is not a white market, where customers can buy products which meet all rules and taxes. When I came to Brazil for the first time in 2001, I noticed barracks at literally every corner in downtown Belo Horizonte. These barracks were full cheap imitated and mass products, in a large variety. Mostly imported from China and other Asian countries. Or from neighboring country Paraguay. The city council decided to remove all these barracks from the center, with the argument that the safety in the center was at stake. The barracks weren’t banned, but moved to an enormous building, not far from the bus station. The barrack owners were granted the opportunity to rent a new barrack within the building from the city, at a low fare. They were tolerated to sell their ware – imitation or not – there. The move of the barrack from the center to one building was a smart move. In this way, the barracks and their owners are easier to be controlled. Because of the location of the building at Rua Oiapoque, the building had received the name ‘Shopping Oi’. I already have been there various times, to buy some electronic and informatics equipment, such as a computer mouse, DVD’s (empty and recorded), external HD, and some cables and batteries.

Now I had another digital camera, I had to try it out. For my first tests, I went to the local ZOO at the border of Lake Pampulha. Besides the zoo, the area also hosts a botanical garden, with an interesting collection of subtropical and tropical plant species from Brazil. In Brazil, March is one of the autumn months, but there were still enough flourishing plants and trees for colorful pictures. There are many plants which you would expect to see them in European living rooms and greenhouses. For me it was obvious to observe so many red flowers in autumn. It was warm and sunny that day, but the intense sunlight sometimes made it difficult to take nice, clear pictures. I first made my tour along various plants and trees, and then spent my time among the animals. Most animals in this zoo are not kept in closed cages, but in fenced areas. Some fences were made of concrete. I was able to watch gorilla Idi behind thick glass, but also from a position above the animal, with an open view on this habitat. That day, I was lucky that Idi was in a very good mood and willing to pose for its admiring audience.

My second test day was in Mangabeiras Park. This former ore quarry is located at the south rim of Belo Horizonte, and is part of the Serra do Curral Range. From downtown, you might catch a bus which drops you at the entrance of the park. An alternative is to make a four kilometer walk from the center to the park. The route is in fact a long climb. Mangabeiras is a very popular location to spend some hours at the weekends and holidays. On those days, complete families gather in the park for a picnic, for some walk, to see the little monkeys, to admire the view of Belo Horizonte. On weekdays, the park is an oasis of serenity, quietness. Many animals leave their shelters and even try to beg shamelessly for anything what is edible. Of course, it is strictly forbidden to feed them. You need to wear comfortable shoes for a walk in Mangabeiras. The cobble-stoned pathways are sometimes quite steep. One of the highest points to be visited offers a magnificent view on the city of Belo Horizonte. That day, I stayed until sunset, when the sun started to disappear behind the mountainous horizon. 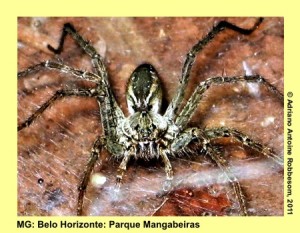 On day number three, I visited another park, not far from the Zoo. This ecological park is open during four days a week, from Thursday to Sunday. Especially on Sundays, you’ll meet many little children there. They (try to) play soccer on the meadows, or they try to have their kites reaching the sky. Playing with kites is very popular in Brazil. Rich and poor children love it. Many electricity wires and and trees are decorated with lost kites. These kits are dangling miserably, being weathered in time. The ecological park is located at Lake Pampulha, an artificial lake that was constructed in the Forties of the past century. For a long time, the lake was strongly polluted. The city is trying to clean up the pollution with water treatment installations. Many birds, like herons and cormorants, seemed to have survived the polluted waters. And even capybaras (‘water swines’) have found this lake. It is no long a surprise to observe the head of this giant rodent in the water. My three days in three different parks have resulted in a considerate number of photographs, the camera was ready for daily use.

Some more examples below:

Snake at the ZOO 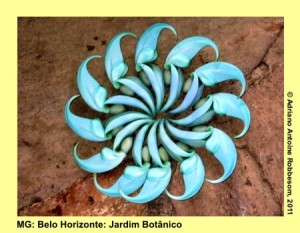