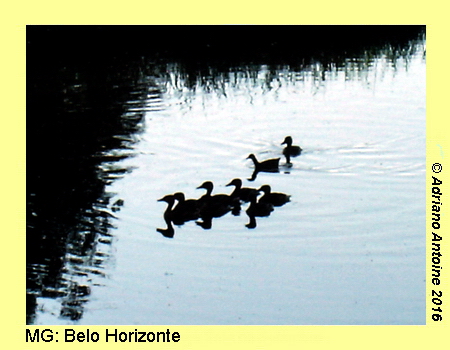 The artificial lake of Pampulha, built in the forties of the last century, is one of the major tourist attractions in Belo Horizonte. Within a stone’s throw are the Mineirão football stadium and the Universidade Federal de Minas Gerais. Several elements of the so-called Architectonis Complex of Pampulha are located at the margins of the lake. This complex, designed by architect Oscar Niemeyer, includes a church, a tennis center, a ballroom, and a casino that was later converted into a museum for contemporary arts. You’ll also find the zoo and the botanical garden, but to see the animals living in freedom, you only need to walk along the eighteen kilometer long margin of the lake. You may then observe many waterbirds: herons, cormorants, and coots, as shown in the picture.