(Santos Dumont). Alberto Santos Dumont was born on 20 July 1873 in Palmira, Minas Gerais. He was sent to Paris by his father in 1891. Alberto studied physics, chemistry, mechanics, and specialized himself in aeronautics. In 1897, he realized his first experiments with balloons. In 1901, Alberto won the prestigious Deutsch Prize, when he managed to fly in a balloon (Brasil no. 6) for at least one hour, around the Eiffel Tower. On 23 October 1906, he managed to fly with his machine 14-BIS, which he named ‘Oiseau de Proie’ (Bird of Prey) at an altitude of 2 meters, across a distance of 60 meters, witnessed by more than a thousand spectators.In 2006, centenary of this memorable flight, was the Brazilian Santos Dumont Year, as established by law (Lei nº 11.262). Alberto died on 23 July 1932. On 22 September 1959, Alberto was posthumously honored the title Marechal-do-Ar (Air Marshall). 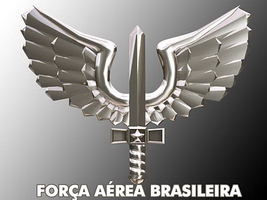 Death of Dr. Zerbini, surgeon who performed the first heart transplantation in Brazil.

Euryclides de Jesus Zerbini was born on 7 May 1912 in the city of Garatinguetá (SP). In 1930 Euryclides started to study Medicine in São Paulo. He graduated in 1935. At the age of 29 he was nominated as professor. In 1942, Euryclides performed the first cardiac surgery on a seven-year-old boy. In 1944, he moved to the United States to work at the Barnes Hospital in St. Louis, and at the Massachusetts General Hospital in Boston. With the years, he became more specialized in cardiac surgery. The ‘Zerbini Caravan’ was created, and a surgical team traveled throughout Brazil and various Southern American countries. On 26 May 1968, slightly more than five months after the world’s first heart transplant in Cape Town (3 December 1967), the first heart transplant was performed in Brazil by Dr. Zerbini and his team. João Ferreira da Cunha, nicknamed João Boiadeiro, received the heart of Luis Fernando de Barros. The patient survived 28 days. The success resulted in the creation of InCor, the Heart Institute in São Paulo, one of the largest in the world. In 1969, Dr. Zerbini was nominated professor of Clinical Surgery at FMUSP in São Paulo. At advanced age, he was diagnosed with a brain tumor and died at InCor on 23 October 1993. During his professional life, he had trained more than 400 surgeons from Brazil, Latin America, and few other countries: the Disciples of Zerbini. 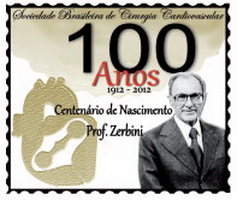 This flight attempt was performed at Campo de Bagatelle in Paris, and witnessed by a large audience. 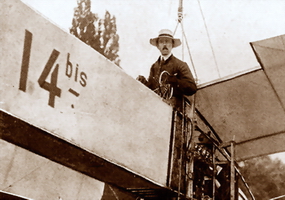 Birth of Édson Arantes do Nascimento, better known as Pelé

Pelé is considered as one of the best soccer players of all time. Edson was born in Três Corações (MG). He started his soccer activities at Bauru Atlético Clube in the state of São Paulo. He became champion with his team in 1954 and 1955. In 1956, he was invited to play in Santos. On 7 September in the same year, Pelé played his first official match: a friendly against Corinthians. The result was 7 to 1, with 2 goals by Pelé. Less than a year later, on 7 July 1957, Pelé (still 16) played his first match for the Brazilian team, against Argentina. He scored one goal. He won with the Brazilian team three world titles: in 1958 (Sweden), 1962 (Chile) and in 1970 (Mexico). Between 1975 and 1977, Pelé played in the team of New York Cosmos. He scored 1281 goals in 1363 matches. He was minister of Sport between 1995 and 1998. Pelé was chosen as athlete and soccer player of the 20th century.