Comprehension wields the sword that kills the fear.

Nonviolence is the answer to the crucial political and moral questions of our time: the need for man to overcome oppression and violence without resorting to oppression and violence. Man must evolve for all human conflict a method which rejects revenge, aggression and retaliation. The foundation of such a method is love.
Martin Luther King, Jr., Nobel Prize acceptance speech, 1964.

Darkness cannot drive out darkness; only light can do that. Hate cannot drive out hate; only love can do that. Hate multiplies hate, violence multiplies violence, and toughness multiplies toughness in a descending spiral of destruction….The chain reaction of evil–hate begetting hate, wars producing more wars–must be broken, or we shall be plunged into the dark abyss of annihilation.
Martin Luther King, Jr., Strength To Love, 1963.

Quote by ML King in the Sixties, his dream will continue as a dream… 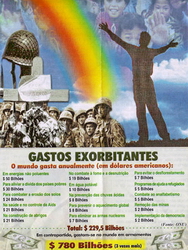 (Freight cargo transporter). Approximately sixty percent of everything that is produced and consumed in Brazil, is transported over the highways. Especially in the southeast and east, the highways are crowded with a diversity of trucks, vans, kombis, and pickups. Sometimes these vehicles are antique, but generally speaking they are modern. Especially in the state of Minas Gerais, it is really hard to drive through the mountainous landscape. In the north and northeast, the roads are badly maintained and even not paved. According to recent calculations, the transport sector is suffering a loss of 800 million reais (350 million euros) because of the bad infrastructure. In 1993, this day was introduced by decree, as a homage to the cargo transporters.

(Street vendor). You meet them anywhere. On the streets, in the parks, and even inside the bus. Although vending inside the bus is not allowed, some bus drivers give permission to these vendors, to sell candies and chewing gum at low prices. Most venders have registered themselves and bear an identity card. They also have to know the consumer’s rights. Not easy at all, since the camelô does not provide a nota fiscal: a receipt showing the payment, and the taxes that are paid.

Parque Nacional da Chapada Diamantina is located in the state of Bahia. The park counts about 520 square kilometers. Due to mining activities in the past, the environment shows marks of erosion. Since the discovery of the ore mines by the bandeirantes (pioneers) in the colonial era, many trees were cut. The park is located on a plateau, with an average altitude between 800 and 1000 meters, with peaks reaching 1700 meters. Due to these variations in the altitude, the day temperature may differ significantly. The vegetation is diverse: From dense forests to vast meadows to arid savannas. In autumn and winter, the more than fifty different orchid and bromeliad species flourish abundantly. In addition, the park hosts a number of medicinal plants. Wild cats wander through the park, while armadillos quickly run through the dense shrubs when they observe signs of danger. Various types of snakes prefer to crawl over the surface, while dozens of bird species control the skies. Some of the flora and fauna species are threatened to extinct.

Link to a video about Chapada Diamantina 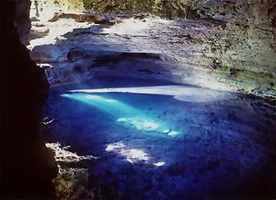 In 1955, Carlos enlisted the Brazilian army, and not much later, he was sent to serve eighteen months in Gaza, during the Suez War. He was captain in Porto Alegre, at the time of the military coup in 1964. He started to contact leftist resistance groups battling against the dictatorship, and in 1969, Carlos joined the clandestine Vanguarda Popular Revolucionária (VPR). He was involved in a large-scale weapon robbery. Carlos evolved to become one of the most active guerrilla members, and was involved in many bank robberies. A group of federal soldiers was hunting him, but they were ambushed and captured. Carlos was also involved in the kidnapping of the Swiss ambassador, who was released after the liberation of a group of prisoners. Carlos left the VPR, and joined the MR-8. There he met a fellow guerrilla, Iara Iavelberg (1944-1971), who was his lover for a short while. Carlos escaped to Bahia, but the soldiers managed to trace him. Carlos was deadly wounded after a fire fight. One month earlier, Iara died under suspicious circumstances: either by committing suicide by a shot though the head, or she had succumbed by torture. Carlos’ widow had escaped to Cuba in 1968, and now still receives a widow’s pension (with a value that equals to the rank of a general). In 2007, the Bahian municipality of Ipupiara, where Carlos was killed, has introduced the Day of Carlos Lamarca. Prior to his death, Carlos was interrogated:

– ‘Sabe o que aconteceu com a Iara?’
“Do you know what had happened to Iara?”

– ‘Onde está sua mulher e seus filhos?
“Where are your wife and children?”

– ‘Você sabe que é um traidor da Pátria?’.
“You know that you are a traitor?” 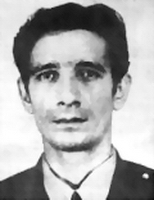