(Designer). The day was established in 1998, per decree by President Fernando Cardoso. The day is a homage to the birth date of Aloísio Magalhães, born in Recife in 1927. He studied law, but dedicated himself in arts and design. Aloísio is considered as a pioneer in Brazilian design. For instance, he was responsible for the visual identity of the Petrobrás logo, one design of a banknote, and the first logo of TV channel Globo. He founded the first Design Academy in Brazil, was secretary of Culture and Education (MEC), and was director of IPHAN, the Brazilian Heritage Institute. In 1982, he died in Padua (Italy), when he assumed the chairmanship of the meeting of the ministers of Culture from Latin-America. The International Design Day is on 27 March. 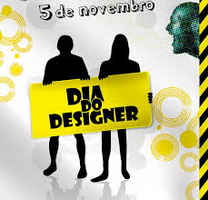 (Radio amateur). Until 1968, the ‘Dia do Amador’ was held on 22 October. An elaborate study revealed that it was more suitable to celebrate the day on 5 November: to commemorate the publication of Decree nº 16.657 in 1924. With this decree, issued by President Arthur Bernardes, legalized the existing amateur radio stations. On 22 October 1934, a general assembly was realized in which the radio amateurs from São Paulo and Rio de Janeiro were united in the Liga de Amadores Brasileiros de Rádio Emissão (LABRE: Brazilian Amateur Radio Broadcast League). The World Radio Amateur is held on 18 April, to commemorate the creation of the IARU, the International Amateur Radio Union in 1925.

(Brazilian Cinema). A confusing date, since the day of Brazilian Cinema is already held on 19 June. On that day, in 1898, the first film in Brazil was exhibited, in Rio de Janeiro. The day of 5 November is to commemorate the day of the death of Humberto Mauro (1897-1983), one of Brazil’s greatest film directors. In the period between 1925 and 1952, he realized 13 movies, including Ganga Brutra, Brasa Dormida and O Descobrimento do Brasil.

(Police Clerk). The various police organizations have their own police clerks. Candidates must enter a ‘Concurso Público’ (‘Public Exam’), in which they must demonstrate their knowledge of Portuguese, writing skills, penal law, penal law procedures, constitutional law, administrative law, human rights, and informatics.

(Dental technician). This day was established by Lei federal (federal law) Nº 6.710 in 1979, in which the profession of dental technician was regulated.

(Electronics Technician). This day was established by law, Lei nº 4.265 in 1984, referring to the promulgation of Lei nº 5.524, which regularized the profession of industrial technician in Brazil.

(Brazilian Day of Culture and Science). This day was established on 19 May 1970, by Lei (law) Nº 5.579, to commemorate the birth of Brazilian writer, jurist and politician Ruy Barbosa de Oliveira in 1849. He was a strong defender of the abolition of slavery; as minister of Treasury he approved the destruction of the government files related to slavery (to erase the ‘stain’ of slavery in Brazilian history. Ruy Barbosa was one of the writers of the first constitution of the new republic.

Humberto Mauro (1897-1983), is considered as one of Brazil’s greatest film directors. In the period between 1925 and 1952, he realized 13 movies, including Ganga Brutra, Brasa Dormida and O Descobrimento do Brasil.

Ruy Barbosa de Oliveira was born on 5 November 1849 in Salvador (BA). Already at very young age, Ruy showed his brilliance. Already in 1870, he graduated in Law. Two years later, Ruy worked for a newspaper. In 1878, he was elected Deputy. In 1889, when the republic was founded, he was appointed as minister of Treasury. A revolt in 1893 forced Ruy to go into exile. He was four times presidential candidate, in 1893, in 1905, in 1913, and in 1919. In 1907, Ruy represented Brazil in the Peace Conference in The Hague, the Netherlands. As a writer, he was one of the founders of Academia Brasileira de Letras (Brazilian Academy of Letters). Ruy died on 1 March 1923, due to the consequences of pulmonary edema. 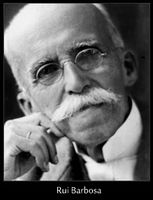 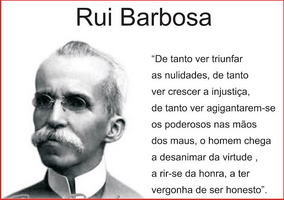 Carlos Machado Bittencourt (1840-1897) was appointed as minister of War by president Prudente de Morais in 1897. Marshal Carlos had been successful in the pacification of the Canudos Insurrection in Bahia, which was started in 1896. He returned to Rio de Janeiro and during the official reception of the Canudos veterans, Marcelino Bispo de Melo, an ally of Canudos leader Antônio Conselheiro, tried to kill the president with a so-called garrucha (pistol). He failed, continued his murder attempt with a knife. Carlos intervened in an attempt to save the life of the president, and suffered various cuts. Marcelino was captured and apparently had committed suicide a few months later. In 1940, Carlos was named as patron of the Intendancy of the Brazilian Army.

The gigantic dam, at the border between Brazil and Paraguay, was inaugurated by President João Figueiredo of Brazil and President Alfredo Stroessner of Paraguay, in the presence of five thousand people, who were seated on the tribunes at both margins of the Paraná River. 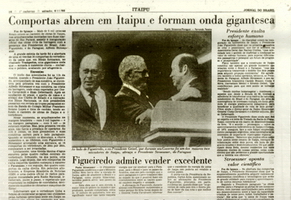 The Academia Imperial de Belas Artes was founded by Dom João VI on 12 August 1816. Shortly after Brazil’s independence, the School was moved to Travessa do Sacramento in downtown Rio, on 5 November 1826. The edifice, designed by Grandjean de Montigny, was demolished in 1938; now only the facade reminds of the Academia. 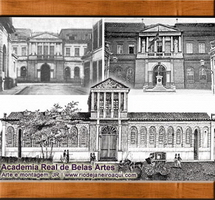 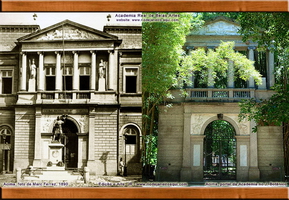 Companhia Paulista de Força e Luz, the major private electric energy generator and provider in Brazil (serving 18 million customers in the states of São Paulo, Paraná, and Minas Gerais), was founded on 16 November 1912. The company, was sold by the state of São Paulo to the VBC Group (Votorantim, Bradesco e Camargo Corrêa).