1937
Death of writer, journalist, poet Paulo Setúbal.
He died at the age of 44. In 1935, he was admitted to the Academia Brasileira de Letras (Brazilian Academy of Literature)

1937
Death of composer Noel de Medeiros Rosa (1910-1937).
Noel Rosa is considered ans the creator of the samba. His birth was complicated, the physician had to use a forceps, which left a clearly visible mark on his chin. Therefore, Noel was very timid and only became more open when drunk. He enjoyed bohemian life, and was very productive: 259 songs in only 7 years. He died of the consequences of TB. 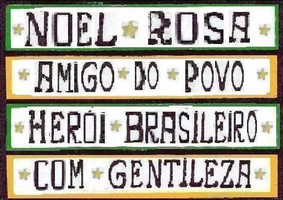 1644
Dutch governor Maurício de Nassau transferred the government to the Alto Conselho (High Council).
He was about to return to Europe on 22 May 1644.

1890
Recognition of the Republic of Brazil by the United Kingdom

1932
Establishment of an eight-hour working day in the industrial sector.