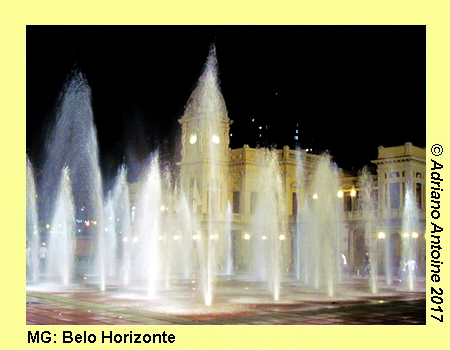 Praça Rui Barbosa, as it is named offically (after the Bahian politician), is one of the principal locations in Belo Horizonte. The cornerstone of this square was laid in 1894, even before the inauguration of the new capital of Minas Gerais. Ten years later, the square was urbanized, surrounded by English-style gardens. The neoclassic building of the railway station was inaugurated in 1922, and now hosts the Museu de Artes e Ofícios (Arts and Crafts Museum). Centrally located in this square is the monument of the Mineiro Civilization. Early 2000’s, the square became revitalized with new pavement, illumination and two large fountain blocks. The square hosts various festivals and cultural events, including the Arraial de Belô, a folkloric dance event held in June. 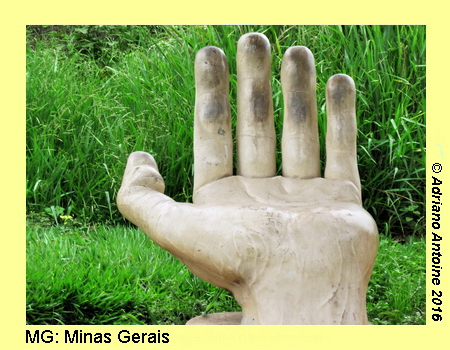 Visiting the interior of Minas Gerais – a huge state with an area equal to that of France and Switzerland together – is quite an adventure. Vast forests, endless mountain ranges, not to mention the vast savanna areas and plantations. Countless towns and villages, sometimes no larger than a single street, are randomly located throughout the enormous state. Minas Gerais counts no less than eight hundred and fifty municipalities. Late 2009, I was in Coronel Fabriciano, a city east of capital Belo Horizonte. This town already has more than one hundred thousand inhabitants. One morning, when I was having a ride in in the green, hilly surroundings, I noticed this huge hand. Not much later I noticed more such hands. All those sculptures stood next to a bus stop: the hands served as bus stop benches.