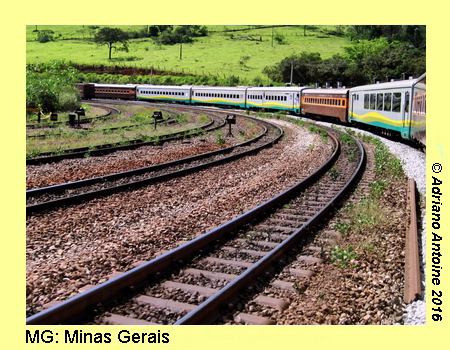 In November 2009, I traveled by train to Ipatinga, a city at about two hundred kilometers east of Belo Horizonte. Unfortunately, Brazil has few railways but there is a rail link between Belo Horizonte and Vitoria, capital of the neighboring state of Espírito Santo. The operation of the railway is owned by mining giant Vale, which transports hundreds of rail cars loaded with iron ore from the mines in Minas Gerais to the port of Vitória each day. As a condition for operating the railway, Vale has the obligation to transport passengers too. Unfortunately, there are only a handful of daily services, and it is lamentable that the trains do not run faster than about fifty kilometers per hour. That day,  I left Belo Horizonte early in the morning, and I arrived in Ipatinga in the afternoon. Nevertheless, I enjoyed the beautiful mountain scenery en route. 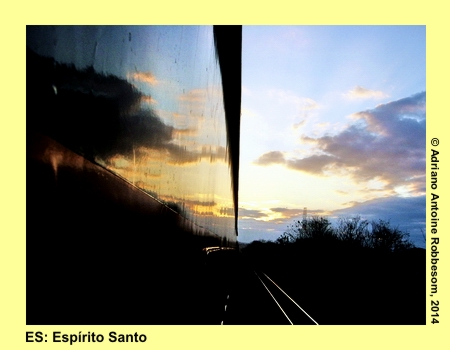 The almost 600 km long railway between Belo Horizonte and Vitória follows a great part of the course of Doce River towards the state of Espírito Santo. The railroad company is called after the valley, which is the river’s basin: Companhia Vale do Rio Doce (CVRD). Since 2007, the company has been renamed into Vale. Vale is one of Brazil’s largest companies and one of the world’s largest mining companies. The company possesses a thirty-year-concession of the railway, and is mainly used for the transport of iron ore, while transport of people has less priority. The passenger train moves on slowly, at an overall average speed of only 50 km per hour, and stops regularly for allowing long iron ore trains passing by. Sometimes a train with almost two hundred wagons! It is no surprise that the train travel to Vitória takes almost thirteen hours, and that there is only one train per day leaving in each direction. It was almost dark when the train entered the state of Espírito Santo. The sun was already setting, towards the horizon. The colorful sunset was reflected on the shiny metal sheets of the train wagon. 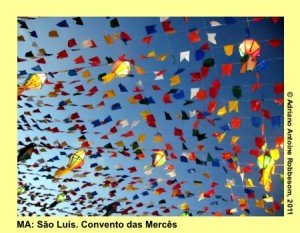 “Vale Festejar!” is the title of a large-scale cultural event that is organized in São Luís. Vale Festejar may be translated as “You should not miss this festival!”. Vale is also the name of a Brazilian multinational company: Companhia Vale do Rio Doce, VALE in short. Vale is a mining company, owns railways for iron ore transport, and is also responsible for exploitation of passenger train service between Belo Horizonte and Vitória. The company likes to express its social responsibility, and therefore sponsors various cultural activities throughout the country. Including the festival in São Luís. In 2007, the festival lasted from 5 to 29 July, every Thursday through Sunday. Every night, from six pm, until 1 am. For the (foreign) tourist, this is the best opportunity to meet local culture in Maranhão. Every night, the following dances were presented: percussion groups (Tambores), Portuguese Dances (Danças Portuguesas), Quadrilha dances, and the Bumba-meu-Boi groups from São Luís and adjacent municipalities. In São Luís, there not only parties in July, but merely in June, the month of São João (St John). One entire month of music and dance, a month to enjoy.

The night before, I had missed the festival, but I had experienced an unforgettable reggae night. This night, we had to go to the festival. São Luís without visiting Bumba-meu-Boi is like Paris visiting the Eiffel Tower, London without the Tower, Rome without the Colosseum, Amsterdam without the Red Light District. The first performance was the Dança Portuguesa, de Portugese Dans. In São Luís and adjacent municipalities, more than seventy dance groups are active in the Dança Portuguesa. Children and adults. It was scheduled that Tesouro de Coimbra was the first group on stage, followed by Mensageiro de Portugal. Dancá Portuguesa is, as the name already might suggest, originally a Portuguese dance. It is no wonder to have this dance in Maranhão, since the state was part of the Portuguese colony of Brazil, for more than three hundred years. The dancers use traditional outfits, richly decorated with lace, embroidery and stitching. The outfit of this group was bright red and white, worn by children and adults. According to the schedule, their performance was about to last thirty minutes. 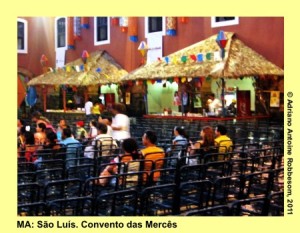 Almost empty early in the evening, but less
than two hours later, it was crowded.

It was fascination to see the (young) Brazilian dancers performing the Portuguese dance, with passion. I really enjoyed it. I tried to take pictures and short film fragments, but it was really hard. It was an open air festival, the light exposure was just enough to see the dancers clearly, but there were no professional stage lights. I had to walk around the stage, to try the best position to take the pictures, and try that many times. I was not able to use the flash, since it was not strong enough. I had no other option than to take pictures without flash, and to keep the camera still. When there was just enough light, I took the picture, but the pictures are far from sharp. Some examples below: 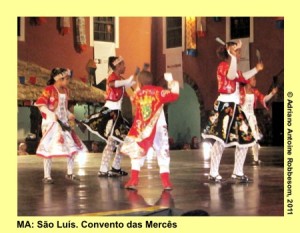 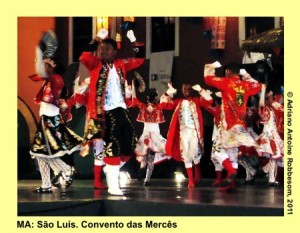 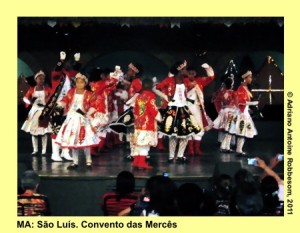 I was not the only one, who tried to take pictures 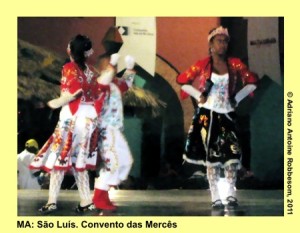 Children and adults dance with passion…

Itabira, a mining city at about 100 km from Belo Horizonte. At one of the mining locations of Campanhia Vale do Rio Doce (CVRD), they do not work with standard equipment. (Compare the size of the giant vehicle with the landrover behind)… 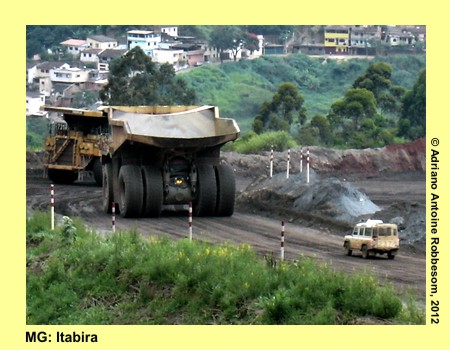