1549
Arrival of Tomé de Sousa, the first Governor-General of the Brazilian colony

1549
Arrival of the first Jesuits in Brazil 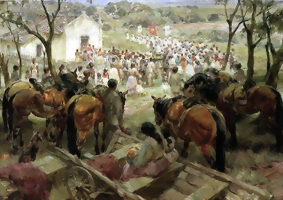 The city was founded by Tomé de Sousa, to become capital of colonial Brazil.

1808
Elevation of the status of Vila da Barra do Rio Negro, now the City of Manaus (AM)

1876
Cachoeira Paulista elevated to the status of freguesia, with the name Santo Antônio da Cachoeira

1999
Reconstruction of the left ear of Wellington Camargo