Destination Rio de Janeiro, The first travel to the former capital of Brazil.
At 2 AM, the bus travel started. A travel of 445 km, lasting about eight hours. 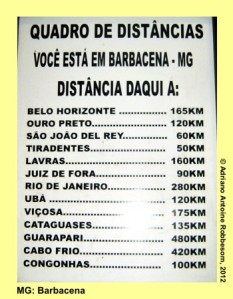 The bus heading for Rio could finally leave the university campus at 2 AM. To my big surprise, I had the same seat number – poltrona number 35 – as during my trip to Salvador, six months earlier. But this was another bus, because this chair was adjustable. In the bus that transported us to Salvador, I could not move the chair from sit mode to sleep mode. But on the way to Salvador there was an angel named Carol, who shared her seat with me. Therefore, I could enjoy some night rest on the way to Salvador, a bus trip of more than 24 hours. Carol had to work, she was not able to join me, on the way to Rio. I must admit that I’ve missed her. Now I had two adjacent seats for myself, and I could stretch my legs. 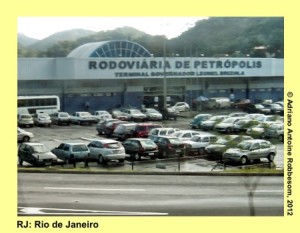 Initially, the crowd acted crazy inside the bus. People sang a lot, drank even more. But it was a bit quieter than during the trip to Salvador. Probably the crazy student party had absorbed a great part of their energy. In less than thirty minutes everyone seemed sound asleep. The eyes closed, the body positioned as easily as it was possible in the adjacent chairs. The lucky ones with two chairs could stretch their legs. We were now at the mercy of the driver. His job was to drive us safely to Rio. Across the mountains of southern Minas, passing some steep slopes and descents. Over the sometimes very treacherous mountain roads, especially during and after rain storms. Landslides are common in this area.

The highway, BR 040, leads along the ancient city of Congonhas – famous for the statues of 12 prophets, manufactured by Aleijadinho – along Barbacena, Santos Dumont, city of the famous Brazilian aviation pioneer, Juiz de Fora. Only then the border of Minas and Rio was crossed. It already became light when we passed Juiz de Fora. Now we had to pass a mountain range, the foothills of the Serra de Mantiqueira. The sun shone friendly, the mountains were surrounded by a thin layer of clouds. A breathtaking sight on the right. I had the misfortune that I sat on the left, and not on the right. But also on the left the view was magnificent. Steep mountain walls, interspersed by deep valleys. Rugged mountain scenery. We had the windows of the bus shut, because high in these mountains, in the early morning there was a cold breeze. Cold in the sense of 15 degrees, or even slightly lower.

The bus drove into the state of Rio de Janeiro, on the road to Petropolis. The city where Alberto Santos Dumont had spent his last years before he committed suicide. We were still in mountainous area. The sun climbed the sky, gained strength and warmed us and the bus. The windows were opened again; the cold breeze had made way for a cooling breeze. From Petropolis is still a little distance to Duque de Caxias, and ultimately to Rio. The road was a real highway, consisting of more than one lane. The road was crowded, and when we finally got on the access roads to the city of Rio, we came in the middle of intense traffic. The bus slowed down and took his position in the slow movement. Occasionally the bus driver managed to move on slowly, sometimes he had to stop for a while. The morning rush hour in Rio.

Talking about traffic jams: Brazilians bitterly complain about traffic jams in the major cities of Brazil. Mega cities like Rio and São Paulo are hard to reach in the morning, thanks to numerous traffic jams. In total, the length of these congestions may increase to more than one hundred kilometers. In Belo Horizonte are also traffic jams to report, but are considerably shorter and of shorter duration. Dutch or Belgian commuters, who have to deal with jams every day, will still show a smile when hearing ‘only’ one hundred kilometers in total file. Aren’t we accustomed to much longer jams in both countries? Cities like Rotterdam, Amsterdam, The Hague, and Brussels are unreachable in the morning. Regularly I had to deal with jams, when I drove to Breda from Louvain. It was not unusual to sit in the car for over 4 hours, for a distance of just over 100 kilometer. I could even have been quicker at that time when using the bike. And when I tell the Brazilian stories about ‘our’ traffic jams, their mouths widen open in astonishment. “Even worse than here?” “In your country, where everything is well organized and regulated?” True, but many commuters prefer to live outside their workplace, to enjoy the relative quietness …